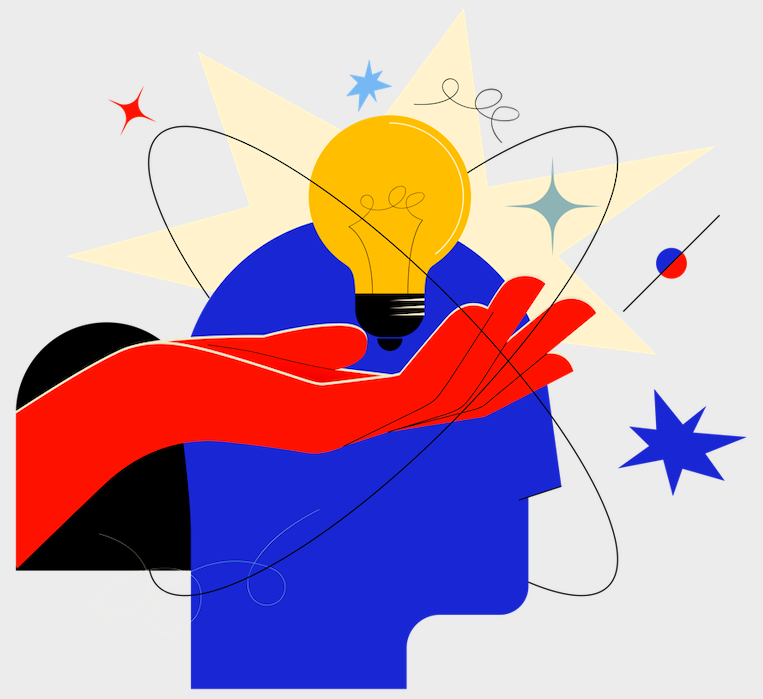 Usually when I think of superheroes, I remember that their superpowers aren’t immediately seen. Clark Kent had to go into a phone booth (remember those?) in order to transform into Superman. Wonderwoman used her golden lasso of truth, in order to access the truth from captives. As a kid, these types of superpowers captivated my imagination; these superheroes seemed to be able to tap into their powers at just the right moment, yielding transformative results–usually involving the triumph of good over evil.

A few months ago, my daughter was writing a speech about the virtue of creativity. At her school, students learn about the Virtues Project, gifts of character that are shared by various cultures and faiths around the world. She’s a creative little soul, so her selection of “creativity” as her virtue of focus was not a surprise to me. However, when it came to writing her speech, it was clear that she needed to bounce her ideas off me and also engage in a bigger discussion about how creativity helps people. Without pause, I explained to her that my personal belief about creativity is that it is a superpower. This is something that I’ve long held as a belief and shared with students throughout the years. This opinion was underscored more deeply when the pandemic began and it became even more evident that the arts seemed to provide the anecdote to stress, anxiety, and isolation. My daughter looked at me with wonder in her eyes, perhaps curious if there was a degree of magic involved. And maybe, just maybe there is a degree of magic at play. It is magic that seems rooted in scientific elements, as well as elements that are harder to define. In a Psychology Today article, Creativity As a Wellness Practice, the author Cathy Malchiodi reviewed a variety of studies on creativity, including a 2010 study by Stucky and Noble which articulated the benefits of creativity noting that, “ participation and/or engagement in the arts have a variety of outcomes including a decrease in depressive symptoms, an increase in positive emotions, reduction in stress responses, and, in some cases, even improvements in immune system functioning.” We often speak of the need to incorporate fitness, good nutrition, vitamins and supplements into our wellness routines, but some overlook creativity as being part of the wellness “toolkit.”

As I’m writing this, I can hear the voices of potential doubters saying things like, “But I’m not creative,” or “I can’t even draw a straight line,” or, “I can’t even draw a stick person.” I beg to differ. I believe that creativity is in all of us although it may look very different from person to person. As Sir Ken Robinson noted, “ Helping people to connect with their personal creative capacities is the surest way to release the best they have to offer.” (Robinson, 2017).

Isn’t that everyone’s primary goal: to be the best person they can be? To offer the world the best version of themselves? And the most wondrous thing of all is that creativity is accessible if you tap into it and nurture it. This means making space for it, allowing yourself to return to that childlike state of imagining that anything could be possible. There has been much written in the literature about creativity and the brain with respect to neuroscience. For many years it was thought that most creativity originated in the right side of the brain, the part that is thought to be associated with emotion. However as Allison Koontz notes in, The Circuitry of Creativity: “Recent advances in neuroscience indicate that this simplistic view of the creative process is inaccurate. Scientists now understand that both sides of the brain must work in concert, making numerous connections and sending countless signals for the act of creativity to work “(Koontz, 2022).

This makes perfect sense to me–and helps to broaden the definition of what it means to be creative because we are all creative. However, I believe that we are creative in different ways and that sometimes it takes time for us to realize where our creative strengths lie. To determine this involves experimentation and time and also a recognition that creativity is much more than making things for art purposes. It’s a mindset that we use when solving problems of any nature. Sir Ken Robinson, one of the leaders in creative thinking wisely asserted that, “Creativity is more of a process than it is an event” (Robinson, 109).

So how do you tap into it? Recognize that it’s there. Creativity is there to be accessed, relied upon, and at your service! My number one tip is to give space for it. When you give space for it, lo and behold it will emerge. Scheduling time for creative pursuits can be a big help but also look at periods of rest as opportunities for creative recharge. My dad, a computer programmer later in life, often came up with his most creative solutions for problems while sleeping. He would awaken and immediately know his next course of action. Never underestimate the importance of rest and its impact on creative functioning. While you are resting, the creative brain is flourishing and recharging.

When you are tapping into your creative superpowers, you are also engaging in self-care. For those of you who are still focused on the “I am not creative!” mindset, think about how many people think of themselves as being “non-athletic” yet they still attempt to engage in some form of exercise because they either like it or they know it’s good for them. Many years ago I used to be an avid jogger and I know the feeling of a “runner’s high” as well as the sense of peace that can come from just being in your own head while jogging. Unfortunately due to back problems which have, in turn, become chronic pain problems I had to stop jogging although I still pursue some other athletic activities that are less physically impactful. I also have some inflammatory issues resulting in joint pain. Managing pain can be tricky but I have observed that when I engage in a creative pursuit (in my case, visual art), the pain dissipates or, in some cases, disappears. And why might this be? From a scientific perspective, it would appear that neurotransmitters are at work: “Despite the multitudes of neurotransmitters within the body, three are consistently shown to interplay with creative behavior: serotonin, dopamine, and the neuropeptide oxytocin. And while not a neurotransmitter, the stress hormone cortisol also interacts with oxytocin to impact creative thinking (Dow & Kozlowski, The Creative Brain, May 2020, Volume 77, Number 8). I am not a scientist but find this fascinating! You can read more on these powerhouse neurotransmitters here.

Knowing that creativity is within me truly provides me with comfort, both physically and mentally. Creative thinking has allowed me to get OUT of things–”jams” that I needed to work through and find solutions for. But, it has also helped me to get INTO things. Nurturing my creativity has allowed me to pursue a variety of creative activities and grow as a result. And creative growth=growth as a person. My creativity helps me to evolve and feel alive, as though each creative endeavour that I engage in is contributing to a better understanding of myself. Thinking of this reminds me of psychologist Mihaly Csikszentmihalyi’s belief that involvement in creativity allows us to live more fully (Csikszentmihalyi, pg. 2). I live a more complete life of growth and happiness when creativity is at the core of what I do.

The end products of creativity are, of course, a wonderful, tangible representation of what we can contribute to the world and even leave behind as a legacy. But, for some people, only focusing on an end product, creates a block–an inability to move forward with a creative pursuit. This is where it’s necessary to come back to the superhero analogy. Just because it’s not always visible, doesn’t mean it isn’t there. I worked with a wonderful coach, Jenny Tryansky, a few years ago who encouraged me to use visualization as a tool for achieving some of my creative goals. That’s when I began to actively visualize my creativity as something glowing within me. Perhaps I have lost some readers who may think that this is a little far- fetched for their liking but this visualization strategy has worked for me. When I visualize creativity as my superpower, it becomes my superpower. I bring it forward, to use as I wish or need, making it invisible no more. And the more I use it, the more visible it becomes, gaining more prominence in my daily routines, leading to greater degrees of health, happiness, and purpose. Maya Angelou wisely asserted, “You can’t use up creativity. The more you use, the more you have.” Wise words indeed. When you activate your creative mindset as a superpower, you initiate a transformative process unlocking greater potential for happiness, health, passion, and purpose.